Catherine Mitchell, a professor of energy policy at the University of Exeter, said poor gender diversity meant the industry was less open to new ideas, in particular the move to a lower-carbon energy system.

“I absolutely do think that the fact that the industry is so dominated by men and particularly older white men it is slowing down the energy transition,” said Mitchell, who has worked on energy issues for more than 30 years and advises the government, regulators and businesses.

An energy conference featuring women-only panels is being held next month to address the lack of visibility of female leaders in the sector.

“I thought we really need to have something where all these women who are great get to speak,” said Mitchell, who has helped organise the event.

As a gay guy concerned about the climate, I feel like a spot of purple in a sea of green when I am an environmental events. Sure there are other LGBTQ people there, but usually I am the only speaker who is presenting from that perspective. And it can be a unique perspective. Similarly by increasing the diversity of speakers to include more people of color, first nations people, and people with disabilities, the conversation deepens, becomes more complex, and can very well lead to more justice-minded solutions.

Vaughn’s article raises an important question, Does diversity in the energy sector lead to fresh new approaches and an openness to more bold action?

Juliet Davenport, the chief executive of the energy supplier Good Energy, said the argument was credible. “The energy sector is lagging sorely behind other industries in terms of diversity, meanwhile sustainable [green] businesses are very balanced. So the idea that lack of diversity is contributing to the issue of transition to renewables is very plausible,” she said. 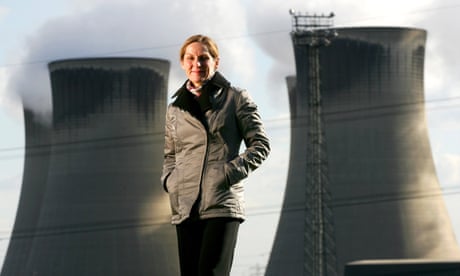 Nearly two-thirds of the leading 89 energy companies in the UK have no women on their boards and industry events with men-only panels, or just one woman, are common.

One female energy expert said she had been disinvited from a panel of chief executives at an annual event after a company deputised a female executive.

“It became a panel of CEOs, with a woman, and so they did not ‘need’ another woman,” she said.

You can read the rest of the piece over at the Guardian:

Lack of women in energy ‘holding back fight against climate change’

December 27, 2017 / Articles, Media / Comments Off on Turns out Superheroes are Amazing Polluters

Turns out Superheroes are Amazing Polluters

Sarah Kaplan at the Washington Post published a piece, Superheroes might save the world, but they’d totally wreck the environment. Scientists trying to engage the public in good science are turning to pop culture.

To run at the speed of light, the Flash would need to consume 59,863,610,416 calories per second — the rough equivalent of a 12-foot tall hamburger every week. That adds up to nearly 90 million pounds of carbon dioxide per year. Meanwhile, flying alone would require Batman to burn the fossil fuel equivalent of 344 plane rides from New York to San Francisco.

This reminds me of when the US Center for Disease Control outlined the protocol of how to address a Zombie Apocalypse.

Read Kaplan’s article for yourself. In addition to pollution, scientists take on the Ice Wall in Game of Thrones and the superpower of carbon sequestration that the Swamp Thing possesses.

Superheroes might save the world, but they’d totally wreck the environment

We Want YOU! Write for Climate Stew

Save the Coffee Bean, original art for Climate Stew by Adri Norris

Here at Climate Stew we offer hope and solutions. We also take oddball approaches to climate change looking at it as it intersects with human rights, justice, faith, and LGBTQ issues.

Our team works on the Climate Stew Show, our podcast, and writes blog posts. If you have read some of our posts, you know we try to maintain a certain quirky friendly style and tone. Hopefully it is one that you like. We sure have lots of fun together.

Maybe you like it so much that you have been thinking, Hmmm, I’d love to do something for Climate Stew.

As editor in chief, I am interested in your ideas for stories for our podcast and blog. I also am very willing to look at your writing submissions for the blog.

Perhaps you have a personal story to share, a review of a book, podcast, website, or film. Maybe you have art you want to share with us. You may have a creative way of communicating climate change or making a connection with something that seems to have NOTHING to do with climate change (we love that.)

Here are some guidelines for blog pieces

Marin and Adri, on assignment in Peru

So whaddya think? I can’t promise you that I will post your submission or idea, but I take each one seriously and will read and respond. Click on contact form. Also, become a member of our Climate Stew Facebook group. This is where people share links and ideas for the podcast and site.

Let me know your ideas for the site and how you wish to contribute. Write for the blog or the podcast.